The Department of Natural Resources wants people fishing in ice shacks to learn from the rescue of two men last weekend who were overcome by carbon monoxide.

It wants those of you who ice fish and use gas or liquid heaters to ventilate shanties, tents or shacks.

A longtime ice fisherman says he thinks some people are more concerned with keeping the cold out, than keeping the air in.

Dennis “Red” Steffen of Eau Claire says he wants his shanty on Lake Altoona warm inside, and says his heater shuts down when it doesn't sense enough oxygen.

“Carbon monoxide can build up and it can be fatal,” said Bill Yearman of the DNR.

Last Saturday the agency says a conservation warden and a fishing guide had to save two Illinois men. They were unresponsive in a heated and sealed shack northeast of Green Bay.

“It's a good thing that somehow they got help...brought em' and saved em',” Steffen said.

“I don't know that it's very common, but it has happened,” said Yearman. He says, when you heat a shanty with an open flame, it should be vented in through the bottom and out through the top.

“You never think it's gonna happen to you,” Steffen said. He usually keeps a window cracked as insurance.

Steffen thinks the DNR’s message will hit home with his neighbors on the lake.

“I think people will start looking at their units.”

That way, their primary concern can be what's biting, instead of what they're breathing.

Yearman says there aren't any laws for monitoring carbon monoxide in shanties, like there are for homes.

DNR warden’s rescue of ice anglers is safety reminder
Carbon monoxide is deadly threat in sealed shanties
MADISON – The recent rescue by a state conservation warden and a fishing guide of two ice anglers overcome by carbon monoxide in their heated shanty is a safety reminder, especially those prepping temporary shelters for the upcoming sturgeon season in northeast Wisconsin.
Department of Natural Resources Conservation Warden Todd Schaller, also chief of recreation enforcement and education, says ice fishers must remember to ventilate shanties and tents when heating the temporary shelters with a gas or liquid heater.
“Any flame will eat oxygen, which is why an opening at the top and another at the bottom of a shelter is the best route when using a portable heater,” Schaller said. “The successful rescue and ultimate resuscitation of the two anglers found in their ice shanty on Green Bay could have easily been fatalities had it not been for the timely work of Warden Mike Neal.”
Last Saturday evening, Neal responded to a 911 call on Green Bay in Door County where two Illinois fishermen were found unresponsive in their heated shanty. Neal immediately began chest compressions on one man while the other man was attended to by a local fishing guide, who also is a retired fire chief and trained emergency medical technician. As soon as each man responded with weak pulses, Neal quickly cleared the back of his truck, and drove the men to shore for transport by ambulance to the Sturgeon Bay Hospital.
“It was so cold, and they button those shanties up so tight,” Neal told the Green Bay Press Gazette about the 6 p.m. rescue near the Town of Gardner. The anglers had used propane lanterns and possibly a single-burner stove to heat their ice shanty, and the two vents had been taped shut.
Schaller says this near-death incident serves as a safety wake-up call to all anglers heading to Lake Winnebago and the Upriver Lakes for the 2011 sturgeon spearing season starting February 12.
“While conditions are favorable for an excellent season, several minutes spent reviewing safety tips and exercising common sense should be part of your prep,” Schaller said. “First thing to check? Ice thickness. Know the conditions before you go.
“Local authorities and bait shops likely will know the thickness of the ice,” he said. “And remember the ice is thicker at the shore and thins as you go out, so keep checking that thickness with an ice auger.”
Other safety tips to practice, Schaller says, include:
• Fish with a friend. It’s safer and more fun.
• Carry ice picks and a couple of large sharpened nails and a length of rope in an easily accessible pocket. If you break through the ice, the nails will help you pull yourself out of the water. You’ll need to toss the rope to your buddy who can drag you to more solid ice.
• If you are alone and go through the ice, take a few seconds to get over the shock of the water temperature. Calm yourself and start breathing. Kick hard and try to swim up onto the ice. If successful, belly crawl, continue on hands and knees or roll to more solid ice. Get to the nearest warm place quickly. If your attempts to swim onto the ice area unsuccessful, get as much of your body out of the water and yell for help. Studies show you have about 30 minutes before hypothermia hits.
• Dress wisely: A zipped snowmobile suit will trap air and slow the body’s heat loss.
• Early-season ice? Wear a personal flotation device.
• Driving on ice is always a risk. Use good judgment and consider alternatives. 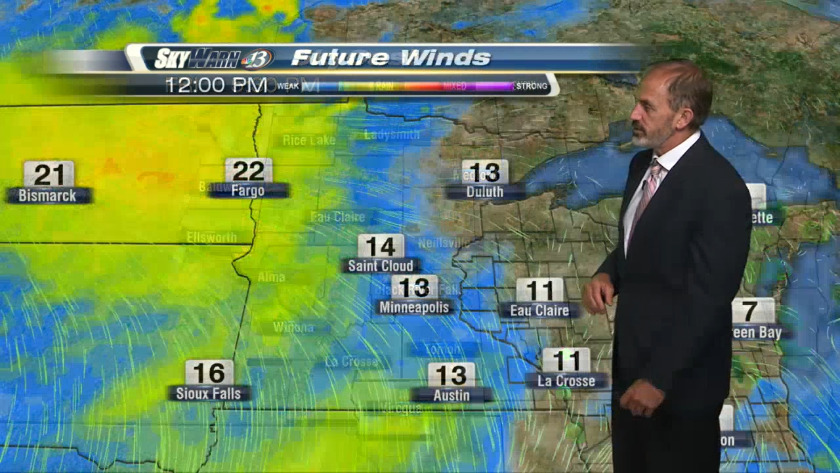